Subscribers, contributors and friends … come along and help us to celebrate the launch of the latest issue of JAAM magazine. 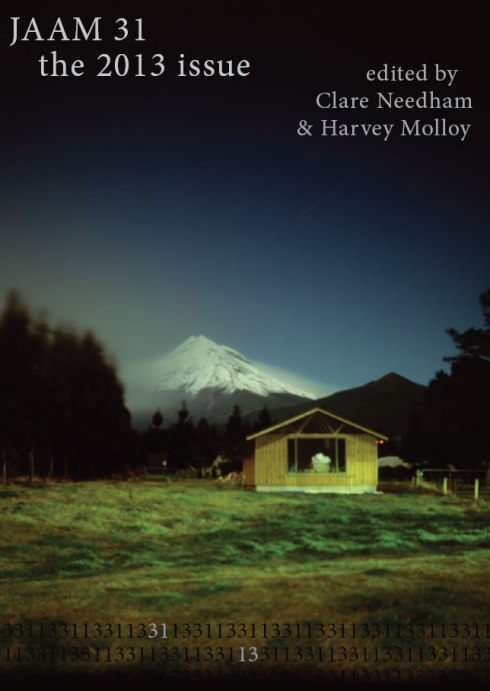 Come share a drink and listen to taster readings of the exciting contents by some of the talented writers in JAAM 31.

We hope to see you there!

These are some of the answers to the big question JAAM 31 asked of their writers: what are you thinking about now? What is your 2013 issue?

The editors of this issue – poet and teacher Harvey Molloy, who selected the poetry, and JAAM‘s co-managing editor Clare Needham, who chose the prose contributions – wanted JAAM 31 to capture a sense of the times in an open and perceptive way, and shaped their call for submissions accordingly. Molloy said they wanted it to be ‘an open issue, so there is no set theme. That said, I do have a particular interest in the year 2013 as a set of simple questions: What is special about where we are now? What are our choices and our values? These questions are to encourage rather than deter.’

Despite the breadth the theme offered, the editors found that there were some recurring preoccupations in the submissions. Molloy remarks, ‘Once we orchestrated the pieces for the issue we found that they echoed and complemented each other in surprising ways.’ Needham adds, ‘the motifs and connections that emerged with the short stories and creative non-fiction pieces for this 2013 issue of JAAM, oddly mirrored many of the themes and ideas explored by the poetry.’

This latest issue of JAAM includes new poetry, short stories and creative non-fiction from many well-known writers including Pip Adam, David Howard, Jessica Le Bas and Airini Beautrais, and also from emerging writers you can expect to see a lot more of in the future. It also features a series of photographs from Wellington photographer Andy Palmer, whose arresting night-shot of Mt Taranaki graces the cover.

JAAM is published by the independent JAAM Collective based in Wellington, and is supported by funding from Creative New Zealand.

JAAM is available from good bookshops or by subscription. For subscription information, visit http://jaam.net.nz/subscribe/ or email jaammagazine@yahoo.co.nz.

For more information or to arrange an interview with the editors, contact Helen Rickerby, JAAM co-managing editor, jaammagazine@yahoo.co.nz or phone 027 738 5997.